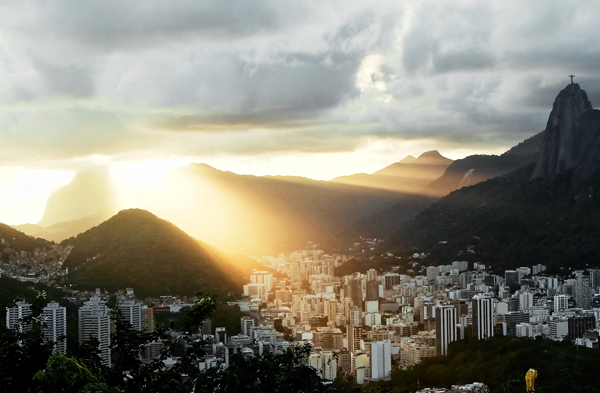 This is my story, and it is intertwined with my personal struggle with mental health issues.

I am in my middle twenties, come from a socially-conservative family in the countryside in South America and have come out to my parents less than a year ago. They had no idea and sometimes might struggle talking about it, specially my dad. My brother is super cool, but as a straight guy, he has no idea of what I’ve been through hiding in the closet for most of my life. Whenever I mention the topic he just shrugs it off and tells me things will get better with time.

Since I moved back to Australia to live with my partner I feel alone and isolated. I couldn’t make many friends, and the few I got were always foreigners who moved elsewhere. I had really close friends from uni back home but most of them moved elsewhere and our relationships became dormant. We rarely talk and when we catch up through Skype is always so quick and kinda superficial. To a lesser degree, my partner had the same problem. He comes from the country and was raised quite religious. He pretty much lost all his friends after he assumed our relationship and a few months before that he was kicked out of his church for being gay.

His family also doesn’t quite accept him. His parents tried to “pray the gay away” since he was a teenager, driving him depressed and suicidal for years. They think we’re on drugs, party like crazy and are promiscuous (they call it the “homosexual lifestyle”), even though we are the most vanilla couple ever that barely goes out. Out of his several siblings, only one is fully accepting and open-minded. One of his sisters even asked him “not to do anything in front of the kids” when agreeing to see me for the first time. After lots of fights with his parents, they stopped referring to me as his ‘friend’ and invite me to their family events, but of course is all fake and just to keep up with the appearances.

In addition to that, I don’t feel quite welcome in his all-white family because of xenophobia/racism that I know that exists, as with homophobia they rarely say it in front of me but I feel like is there. For instance, before we got a partner visa he heard from relatives questioning why his cousin had to get married to a foreigner (what a crazy thing to do right?), and saying it was probably a scam since he comes from Africa. Couple that with a few random and aggressive ‘go back to your country’ moments and there you get me feeling anxious and weird about anything related to race. Coming from a typical multiracial South American family, I had never even grappled with this issue, but now is something that is always in the back of my mind.

Another thing that has been hard to deal with is being underemployed. I’ve moved to Australia a couple years ago and since then have been struggling to get a job in my profession. I know that the faltering economy, my visa situation and the lack of local experience all were contributing factors, nevertheless, I still felt like a failure. I also feel extremely conflicted with the world vision I had hitherto. Growing up in a disadvantaged family in the countryside in a developing country, my parents always pushed me to work hard to accomplish my dreams. Even though they didn’t even finish high school, they inspired me to pursue a better life, and that in Latin America means to get a top quality higher education. I attended an elite private school with a merit-based full scholarship and then got accepted by top universities in the country in medicine and engineering. My parents sacrificed their lives to send me to attend uni in a big and expensive city. That includes my father being an illegal immigrant in America, working 14 hours per day 7 days a week for years.

Having a dream of living abroad, I studied and learnt English by myself, as well as studied hard to get an exchange program scholarship. A few years ago my dreams became true, and I came to Australia after being awarded a scholarship. It was the best year of my life. For the first time, I could be my true self and not worry about what my family or others would think, as well as not worry about money. I met the love of my life and felt like I got what I deserved it and worked so hard for. Things were hard going back home a year later, after tasting freedom and true love for the first time. Focusing on the ultimate goal of returning to Australia, we endured the hardship of a long-distance relationship for a year without seeing each other. I applied for a temporary working visa on the same day I got my degree. A month later it was granted, and 5 days afterward we were back together.

After the initial euphoria, reality hit hard. There weren’t many jobs to apply for and most of them I wasn’t eligible since I lacked permanent residency. I got a temporary cafe job that became permanent. I did everything a grad trying to get a foot in the door could do: networking events every week, informational interviews, found a startup, work for free as an intern, committee positions, you name it. Recently, I did a little experiment to replicate a study done in America: I applied for the same jobs with my resume and another one with my partner’s name. Exact same resume, just changed my name to his anglo name. Of course, it wasn’t a scientific research due to the small sample, but my cv with his name getting 6 times more calls shook me to the core. In unequal and developing South America, I firmly believed I could achieve anything I wanted if I were willing to work hard for it. Having lived for a couple years in wealthy and ‘fair go’ Australia, I know have some doubts about that.

As time passed by, life started to be sucked out of me and things started to get really hard. Pressure from my parents started to build up (how come you don’t have a job yet? just come home if you’re finding it hard…). After devoting their lives to raising me and my brother, expectations had to be met. That’s when comparisons started and I was supposed to just follow my brother’s steps and be a successful professional working for the government near my parents. Going to Australia was just a pipe dream and it was time to go home. All of that led me to be extremely depressed, develop social anxiety and have massive panic attacks. I felt awful about lying to my parents: I was living with my partner and they didn’t even know about him. How could I hide such important part of my life? With no support net apart from a loving partner, my psychologist and my gp, about a year ago I stopped leaving the house altogether, getting so hopeless and desperate that I tried to commit suicide. Having hit such rock bottom, I decided to take medication to keep me stable and work on my health issues. It has been effective so far: my mind was clouded until then, but now I can see more clearly the things I need to work on. It has also made possible for me to face my deepest fears and come out to my family.

My parents were shocked when I came out over the phone, but they told me nothing had changed and they loved me no matter what. My mum moved on quite quickly and felt extremely guilty for not knowing it nor letting me know it was ok to be gay. She apologised wholeheartedly for not being aware of all the anxiety, loneliness and sadness that permeated my life since my teenage years. It made much more sense to my parents now, they could understand me better as a person and finally had the full picture.

Things weren’t so fast with my dad. Due to the ‘macho’ culture we have in Latin America, lots of straight men can’t understand or accept gay people. He didn’t want to talk about it, and sometimes when I tried to mention my partner to him he’d just go speechless. I followed my mum’s advice and gave him time. In the meantime, I found out I have a gay cousin and his parents were having the same struggles. His mother, my dad’s closest sibling, started to talk to him and he realised he wasn’t alone. Things are moving slowly but in the right direction: it’s hard for him but I can talk about my life with my partner and not be too awkward. We’re planning to save money for a holiday home and introduce him to my family and friends. It’s gonna be really special for me to show him my country, and he has been trying hard to learn my first language!

If there’s one message I want readers to get from my story is that it does get better. We imagine the worst reactions when wondering about coming out, but reality tends to be much better. Not to say it’s easy, specially when you come from an ethnic background compared to ‘mainstream’ Australia, but keep in mind that you’re not alone and that there are wonderful people out there who have been through the same who can support and help you. Take your time and only do it in your terms if you decide to do so.

Liked it? Take a second to support Ethnic LGBT+ on Patreon!

When are you going to get married?
What to do when relatives continue to ask you, 'But when are you going to get married?!'. A practica...
Where are you from or Where are you a local?
I am often asked, 'Where are you from?' or 'Where are you originally from?'. With my brown skin, bla...
Articles for Ethnic LGBT+ individuals
The literature in Australia remains limited on the experiences of its culturally and linguistically ...
The marriage equality postal vote explained to Chinese communities
Please share and continue talking about the importance of equality for all people regardless of sexu...
Vyvyen Wong - Cairns LGBTIQ+ Pioneer - My Story
It was a bright, sunny morning along a tropical Queensland Road as I drove from Babinda Boulders to ...
Fearlessness - what does it mean to you?
The theme of Sydney's 2019 Mardi Gras is FEARLESSNESS. I was curious as to what this word meant for ...